Sam Irvin Talks About His Latest Movie MY SANTA. 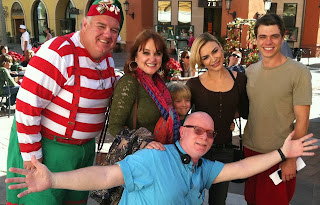 Christmas is in the air and what better way to get us in the mood for the festive season, is watching great Christmas movie.
I'm honoured,  today for the second time I have as a guest in my blog.  Hollywood film director, author, lecturer, producer, screen writer. The great Sam Irvin.
Sam! welcome back, it's lovely to have you here again. I feel  should be pouring us large glasses of eggnog.

Thank you for having me again. Eggnog it is! Cheers!

You have just finished directing the movie MY SANTA which premiers on the 29th of November on ION Network Channel.


MY SANTA is a very sweet romantic holiday film with touches of comedy. It's about a single mother, Jen, who was abandoned by her ex-husband on Christmas Eve several years prior to our story. Since then, Jen has been raising their now seven-year-old son, Eric, who, like most kids, is wild about Christmas. Unfortunately for Jen, the holiday season brings back a flood of traumatic memories of her divorce so she has a hard time getting into the Christmas spirit. Compounding her depression is the fact that she's never really been able to open herself up to the possibility of love from another man... until she meets Chris, the local mall Santa, who has an infectious love of all things Christmas -- and a secret identity. He's the son of Santa Claus. And he falls head-over-heels in love with Jen.


Behind the scenes of  MY SANTA 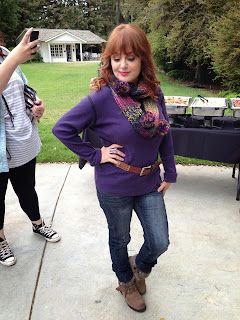 Would you like tell us all about it and it's wonderful cast.

We have an amazing cast! Matthew Lawrence (MRS. DOUBTFIRE) plays Chris, the son of Santa Claus. His sidekick is played by Jim O'Heir ("Jerry" on PARKS AND RECREATION). Jen is played by Samaire Armstrong (DIRTY SEXY MONEY, ONE TREE HILL, ENTOURAGE). Her best friend/neighbor/baby-sitter is played by the hilarious comic actress Julie Brown (EARTH GIRLS ARE EASY, CLUELESS, STRIP MALL, MEDUSA: DARE TO BE TRUTHFUL). Jen's co-workers at her office are played by Paul Dooley (BREAKING AWAY) and Channing Chase ("Pete Campbell's" mother-with-dementia on MAD MEN). They made my job easy! 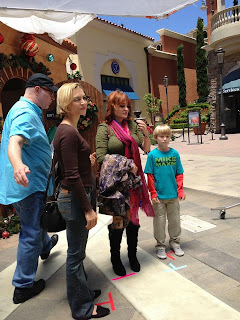 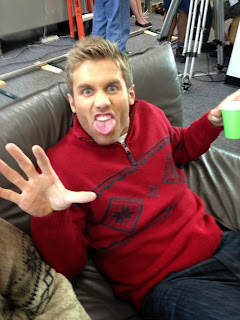 Can folk here in the UK watch the movie also.

Unfortunately, I don't know yet when the film with be broadcast in the U.K., but I will keep you informed!
Meanwhile, I've gotten quite a splash of publicity in the U.K. with a full-page photo and story in The Telegraph about my younger days working as an intern on Brian De Palma's THE FURY starring Kirk Douglas -- which has just come out in the U.K. on Blu-ray featuring a 50-minute on-camera interview with me about the making of the film... PLUS my first short film called DOUBLE NEGATIVE. Here's a link to The Telegraph article...
http://www.telegraph.co.uk/culture/film/starsandstories/10397690/My-internship-on-Brian-De-Palmas-The-Fury.html

I must ask you before we finish up here.
I'm huge fan of Sam's book!  "Kay Thompson From Funny Face To Eloise"   Have you started on the script yet? 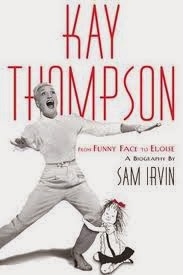 I can't talk specifics yet, but I am very happy to report that I am in negotiation with a well-known public figure who wants to option the book for a possible dramatic motion picture adaptation which he would produce. All the stories you hear about "development hell" in the movie industry are true, so this doesn't necessarily mean that a movie about Kay will get funded and "green lit." But, at least there is interest and movement -- and a burning desire to make it happen. My participation will most likely be as an executive producer and historical advisor. Fingers crossed!

Sam it's such a privilege, many thanks. Wishing you and yours a very Merry Christmas and a Happy New Year.

Ditto to you and all your loyal readers! It's been a pleasure. Again! Until next time... Cheers!

You can find out more about Sam Irvin here in my Blog or why not pop over to his website .


Thanks everyone for dropping by, my American readers don't miss out on a cosy night in with MY SANTA which premiers ION at 9pm 29th November.